I've not done one of these before, but I suppose I can figure it out (by cheating and spying on the other's who have asked me to join). Basically I tell people about what I've been doing recently and how and why I do it. So, here goes:

Question 1 (deep breath) What am I working on?

I'm on my final edits (I hope) to "First Kiss" This is the second in The Looking Glass series which I started a couple of years ago. The first one "Choices" was well received, and a lot of readers said they wanted more, so I've tried to do exactly that. 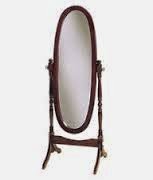 It's all about a magic mirror that shows a special someone, who looks upon it's surface, their one true love. In Choices, Marc was shown a man. Marc was straight, so his journey in finding the man he was supposed to love and convince him of that was unusual to say the least.

In First Kiss, Brenn is shown Joey, but when he meets Joey, he finds out he's dying. All I can say is that love is the most powerful magic of all, but have your tissues handy.

Simon, who is the mirror's keeper, has his story, but not yet. He wants to find a love of his own, but thinks the mirror might not believe his love is good enough. You get a sense of what Simon is like in the Prologue and Epilogue of both books.

I'm also writing a new series called "Voodoo Dolls". Guess what they're about...

Question 2. How does my work differ from others of its genre?

It's not as good?

I don't know, but I love my characters and what brings them together. I've been told I write emotional and flawed characters who develop within the short time we get to know them. I'm not a good plot writer, so I rely heavily on the men who make me put fingers to keyboard (what happened to pen and paper?). But I've started to add paranormal elements (see above question 1), and I think that gives me a little more scope to be creative.

I know you've heard writers say they have voices in their head. Well we do, and they're so persistent that quite often we'd go mad if we didn't get the pen and paper (no, sorry, keyboard) out.

Writing itself is a compulsive, but writing m/m is an enjoyment. I first hit upon the m/m genre by accident, and once I'd ready my first book I was hooked. (All those lovely men kissing each other, why wouldn't I be). Jared and Kyle from Bringing Him Home was my first attempt at writing m/m, and though it didn't go right the first time, after a lot of head banging and re-writes (oh so many re-writes) Loose-id accepted it and I haven't looked back since.

Question 4 (nearly there) How does my writing process work?

I know I start off with a scene, but I'm not sure who's in it or what comes next. I then get someone knocking on the inside of my skull asking to be allowed to play. Once he's established and I get to know him, someone else wants to join in, and if he's a good fit, and there's chemistry between them, then we have our guys. What comes next is a mystery to me, but the guys work it out, follow my lead (sorry, I was trying to get away with being clever), I follow their lead and let them do their thing. If it makes sense at the end, they yay for me.

So, that's it I guess. I hope you've learned a little bit about me. (If you haven't don't worry--you're not the only one).

I'd like to thank Nic Starr for asking me to be a part of this. Here are some links of other's who have participated:

Next week you can hop over to these lovely people who were only too happy for me to twist their arm (I mean ask).